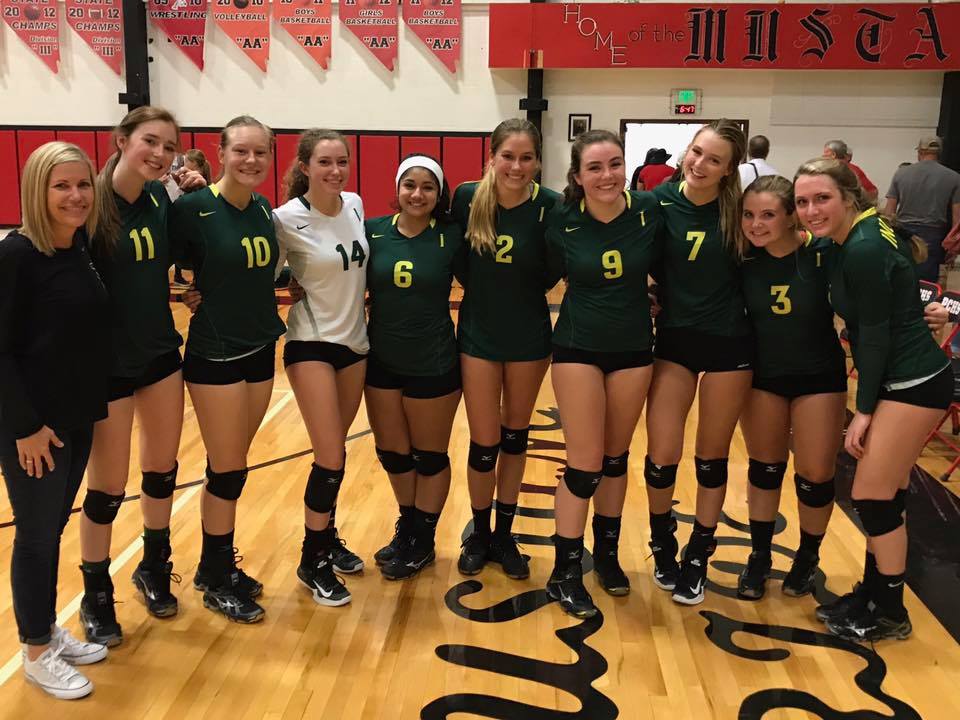 Incline Village, NV;
The Incline High School varsity volleyball team wrapped up their non conference play on Wednesday night with a 3 – 0 victory over the Quincy Trojans at Incline High. The win was the 6th straight for the Highlanders as they finished non league play with an 8 – 5 record with all 5 of their losses coming from AAA opponents.
“The girls were very good in the non conference this year,” Incline coach Tim Kelly said. “They really took advantage of the extra games outside of our league to prepare themselves for a solid AA league run. To play 13 games against some good competition has really allowed the girls to refine their skills and figure out their roles. Tonight was a good way to end it.”
Quincy, a school about 2 hours northwest from Incline, is a dominant force in their league up in northern California and they gave Incline a good fight for 3 games. Their strong middle play and blocking really made the Highlanders work on passing the ball well and finding the open attackers off the set.
Senior Setter Madeleine Saxe once again shined as she distributed the ball beautifully all over the court. Her sets allowed Senior hitters and fellow tri captains; Ellyse Kirkland and Madison Cronk to have some vicious kills from the outside.
Another fellow Senior, middle Alexis Krolick, possibly played her best overall game of the year as she controlled the net against a very strong middle attack from Quincy. Her multiple blocks and touches at the net allowed the Highlanders to contain the number one option for the Trojans.
“What can say about our Seniors and how they have stepped up this season,” Kelly said. “I’ve inherited 5 really great young ladies that can really play volleyball. Those four and then Leslie Medina make my life very easy at times. Honestly, those 5 and Sarah are the driving force behind our success. They all come to compete every day and they want to be great all the time. It’s an awesome thing.”
Well, co head coach Sarah Williams, the Seniors, the fabulous four non Seniors; Chandler Cohn, Alyssa Fellows, Olivia Schneider and Michaela Racich, and Kelly find themselves with 12 wins overall and more importantly a 4 – 0 league record. They will take that undefeated league record into a weekend that will answer more questions, as they travel to Silver Stage on Friday night to battle the 2 – 2 Nighthawks and then the Highlanders will host the 4 – 0 Yerington Lions on Saturday afternoon at Incline High. Saturdays home match will be JV at 11am and Varsity at Noon.